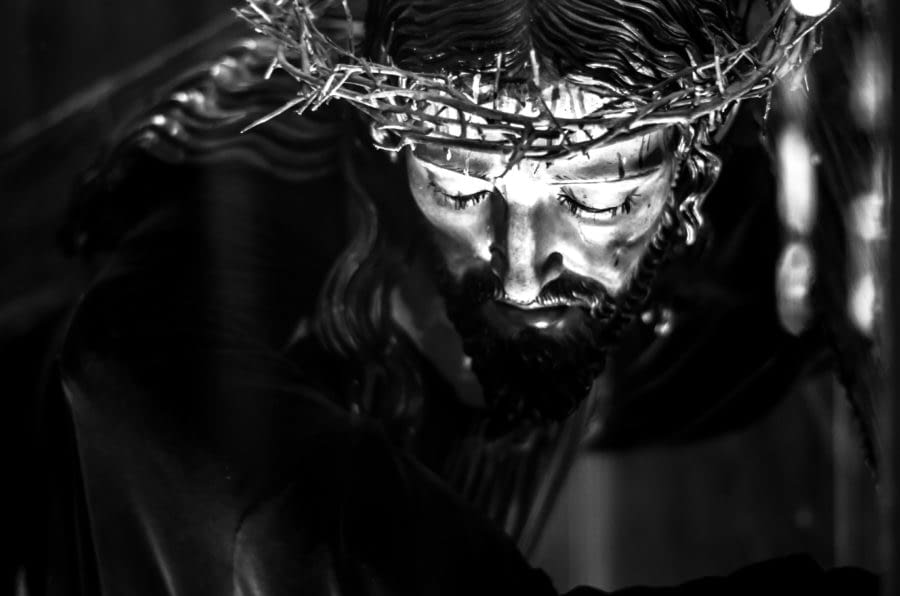 By His Wounds We Are Healed

Who would believe what we have heard?
To whom has the arm of the Lord been revealed?
He grew up like a sapling before him, like a shoot from the parched earth;
He had no majestic bearing to catch our eye, no beauty to draw us to him.

He was spurned and avoided by men, a man of suffering, knowing pain,
like one from whom you turn your face, spurned, and we held him in no esteem.
Yet it was our pain that he bore, our sufferings he endured.
We thought of him as stricken, struck down by God and afflicted,
but he was pierced for our sins, crushed for our iniquity.

He bore the punishment that makes us whole; by his wounds, we were healed.
We had all gone astray like sheep, all following our own way;
but the Lord laid upon him the guilt of us all.
Though harshly treated he submitted,
and did not open his mouth like a lamb led to slaughter
or a sheep silent before shearers; he did not open his mouth. 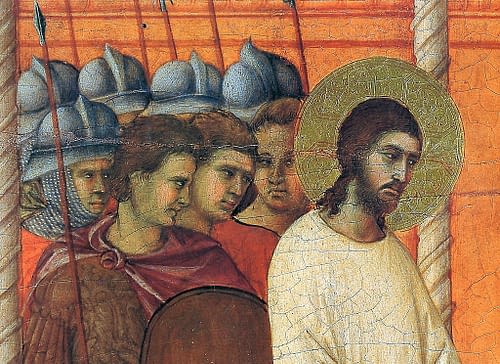 Seized and condemned he was taken away.
Who would have thought any more of his destiny?
For he was cut off from the land of the living, struck for the sins of his people.
He was given a grave among the wicked, a burial place with evildoers,
though he had done no wrong, or was deceit found in his mouth.
But it was the Lord’s will to crush him with pain.

By making his life a reparation offering, he shall see his offspring,
shall lengthen his days, and the Lord’s will shall be accomplished through him.
Because of his anguish, he shall see the light, because of his knowledge,
he shall be content; my servant the just one shall justify the many,
and he shall divide the spoils with the mighty,
because he surrendered himself to death,
was counted among the transgressors,
bore the sins of many,
and interceded for the transgressors