Christ’s Resurrection and his subsequent appearances are the revolutionary events in human history. The Apostles, Resurrection witnesses, boldly set out to conquer the world, proclaiming the Truth of Christ’s own repeated proclamation that he, the “Resurrection and the Life”, would be killed then rise on the third day.

Yet those Apostles, handpicked by the Lord, who lived intimately with him and shared in the Eucharistic meal, didn’t believe he had risen when Mary Magdalene and others who first saw Jesus told them. Mary’s testimony to them “seemed like nonsense and they refused to believe.” (Luke 24:11). They needed a loving rebuke from Jesus to open their hearts.

The two disciples heading for Emmaus disheartened by unbelief needed a Scripture Lesson from the Lord and the breaking of bread, the Eucharist, to open their eyes and know the risen Lord. 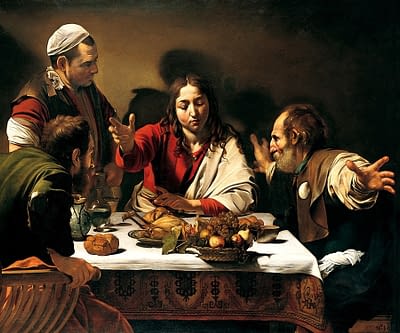 Jesus tenderly scolded Thomas, as well, who refused to believe unless he put his hands into Christ’s wounds which is what the Lord allowed him to do. Thomas then burst out, “My Lord and my God.”

After Jesus told Thomas that those who have not yet seen, yet believe are more blessed, he headed for Lake Tiberias (Sea of Galilee) where Peter and four other disciples had gone fishing.

Pope John Paul II shared a penetrating insight on the Resurrection in Germany, 1987 when he visited the Ruhr area to heal the deep wound of unemployment and loss of a way of life there. 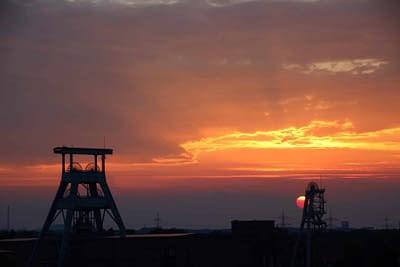 The Ruhr Valley, the most densely populated and industrialized region of Germany with its coal mines and steel mills covering the landscape, powered Germany’s economic recovery after World War II. Once the dominant coal mining and steel manufacturing center in Europe the Ruhr faced a steady and painful decline of coal mining beginning in the 1950s, reaching top gear by the seventies and ’80s, and finally ending completely with the last and largest coal mine of Europe shutting down in 2018.

Aiming to steer the coal miners away from discouragement and resignation, the Pope directed their thoughts to the miraculous catch of fish on the shores of Lake Tiberias.

In order to give witness to Christ and his new life, we ourselves must first let ourselves be completely possessed by him. However, like the disciples at Lake Tiberias, we too are time and again tempted to become weak in faith and give up. Although they had already heard the message of Jesus’ resurrection from Mary Magdalene, although they had met him several times, they returned to their boats as if nothing had happened. It sounds like resignation: ‘I’m going out to fish…we will join you.'(John 21:3).

He then emphasized their lack of success at what they’re good at, catching fish. They didn’t catch anything all night.

John Paul II: This experience of failure that easily leads to discouragement is shared by many today in society, in the world of work, but also in the church.”

It appears that the Lord must take our goods, our means away from us so that our vision is cleared for him. For he seeks our company. As we read in the good news of today’s Gospel: “Just after daybreak Jesus was standing on the shore…” First He needed an honest answer from his disciples, an admission of their own hopelessness and powerlessness. He said to them: “Children, have you caught anything to eat?” “Not a thing,” they answered.” Then came God’s help: “Cast your net to the starboard side,” he told them, “and you will find something.” So they made a cast, and took so many fish they could not haul the net in.” (Jn 21:3-6). Suddenly the risen Lord became a living reality in their lives, transforming them and giving them a new meaning to everything, filling them with unexpected satisfaction and joy.

The Pope then threw his net to the whole world:

Pope John Paul II went deeper saying many do not recognize Christ, whose “redemptive presence can no longer be ignored. Without him, there is no support or hope. Without him, all man’s efforts are in vain and the hunger of the human heart cannot be satisfied.”

Final Call To The Ruhr Valley Workers And Us

John Paul finished his homily by calling those living and working in the day to day life of the Ruhr to feed on the Eucharist and never let the fire of the Gospel be extinguished in their lives:

Dear brothers and sisters!… What the Gospel tells us does not belong to a distant past, but is a living present. “Jesus said to them: Come and eat!… Jesus approached, took the bread and gave it to them (and the fish)”. This happens here and now. As imposing as the coal fires in the Ruhr area are, the mysterious Gospel fires continue to burn on all continents and at all times because love itself is broken in the humble form of bread.

Do not freeze in selfishness…and the pursuit of pleasure, but come to the Easter fire of Holy Mass; let Sunday, the Lord’s day not become empty of meaning…Believe in the risen Lord and Saviour Jesus Christ who assured us that he is always next to us every day until the end of the world.

Amid the amazing universal restrictions, suffering and death caused by a coronavirus, we have all in some way been affected. Pope St. John Paul II’s message to those living in the Ruhr Valley can easily apply at this time,

“It appears that the Lord must take our goods, our means away from us so that our vision is cleared for him.

He stands on our shore calling to each of us. He is the beautiful horizon on that shore shining with a radiant light more brilliant than the “radiance of a precious jewel that sparkled like a diamond.(Rev 21:  23).