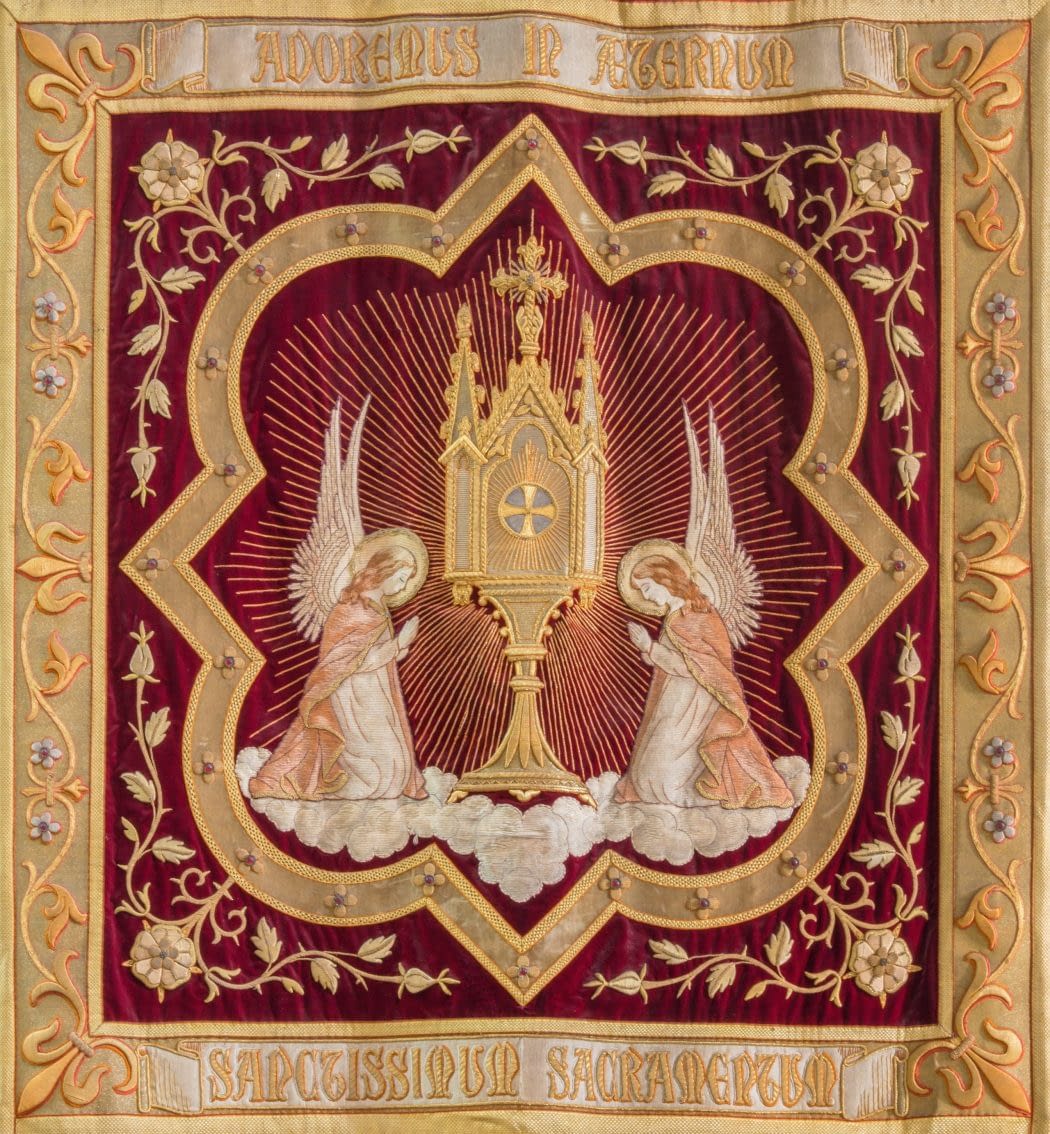 Panis Angelicus: How It Came To Us

It’s impossible to exaggerate the impact of hearing the hymn Panis Angelicus. Even if I did a YouTube version you’d be moved, though Thomas Aquinas would never intercede for me again.  Not only is it my favourite hymn along with O God Beyond All Praising but the English title Bread of Angels is my favourite for the Eucharist.  How Panis Angelicas came to us needs a little history.

The story begins with St. Juliana of Mont Cornillon (1203-1258), Belgium. From her youth, she had a great love of the Holy Eucharist and longed for a feast day to honour the Blessed Sacrament. During adoration, she received a number of visions of the full moon with a dark stripe through it.  Eventually, the Lord revealed to her that the bright moon symbolized the church and the dark streak symbolized the absence of a liturgical feast in which to honour and adore Him in the Holy Eucharist.

Juliana kept the visions secret for 20 years before telling others. A wave of effort began to establish a feast, not without trials and rejections, finally gaining support from the Bishop of her Diocese, Robert Torote who eventually became Pope Urban IV in office from 1261-1264. Julianna never witnessed the establishment of the feast due to her death in 1258 nor did she live to experience Thomas’s Glorious hymns. Pope Urban IV established the feast of Corpus Christi in 1264, also the year he died.  Read more from Pope Benedict XVI

A Eucharistic Miracle Plays A Role

While Julianna was the main instrument in the Lord’s plan a Eucharistic miracle seems to be another which occurred in 1263 involving a German priest, Peter of Prague.

While on pilgrimage to Rome he stopped in Bolsena where he celebrated Mass in St. Christina Church.  Historical records say Fr. Peter struggled with belief in the real presence of Christ in the Eucharist and prayed for help to overcome his doubts.  During the Consecration, blood seeped from the host onto the altar and corporal. He reported it to Pope Urban IV, who at the time was in nearby Orvieto. The pope called for an investigation, and declaring the miracle to be authentic had the host and corporal be placed in the Cathedral of Orvieto, where they remain today for veneration.

A year later Pope Urban commissioned Dominican friar, Thomas Aquinas, to compose the hymns for a Mass and an Office honouring the Holy Eucharist as the Body of Christ. In August 1264, the pope introduced the saint’s composition, and by means of a papal bull instituted the feast of Corpus Christi.

Although he left no record of why he instituted the feast it’s easy to conclude that through prayer and listening to all that Christ was telling him through Juilianna’s visions and the miracle, he was inspired by the Holy Spirit to institute the feast. 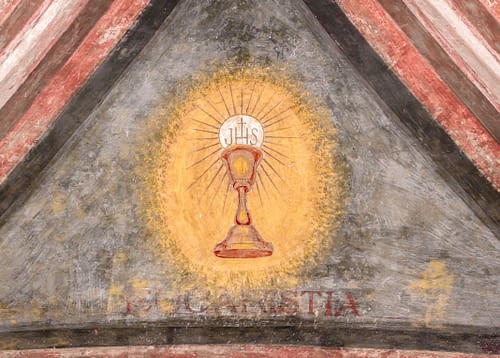 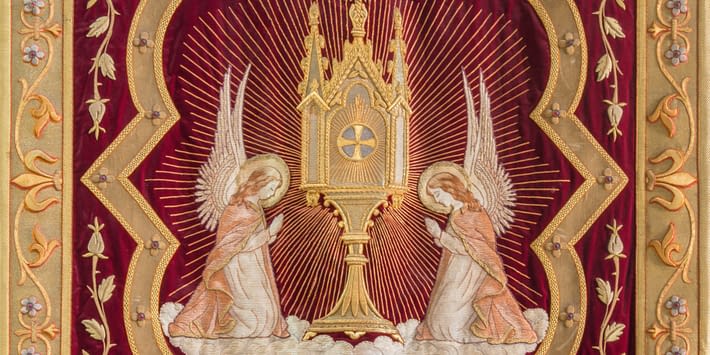 The bread that angels eat
becomes our food on earth,
God sends his manna, living Bread,
from heaven above;
what wonders now we see:
those who are last and least
receive their Lord as food and drink,
his pledge of love.
Three persons, yet one God,
be pleased to hear our prayer:
come down in power to seek your own,
dispel our night;
teach us your word of truth;
guide us along your way;
bring us, at last, to dwell with you
in endless light.

The establishment of the beautiful feast of Corpus Christi is clearly a marvellous work of our Lord in the thirteenth century. Pope Urban IV:

“Although the Eucharist is celebrated solemnly every day, we deem it fitting that at least once a year it be celebrated with greater honour and a solemn commemoration.”

Our Lord timed the feast during the life of one of the most influential saints of all time in Thomas Aquinas who wrote hymns that continue to give glory to God for his ongoing presence in the Holy Sacrament of the altar our life and strength.

The bread of angels is my favourite name for the Most Holy Body and Blood of Jesus, the Eucharist.  Thomas was Divinely inspired to use the term Panis Angelicus which has its roots in the history of the Israelites.

Yet he commanded the clouds above
and opened the gates of heaven.
He rained down manna for their food,
and gave them bread from heaven.
Mere men ate the bread of angels.
He sent them an abundance of food:
He made the east wind blow from heaven
and roused the south wind by his might