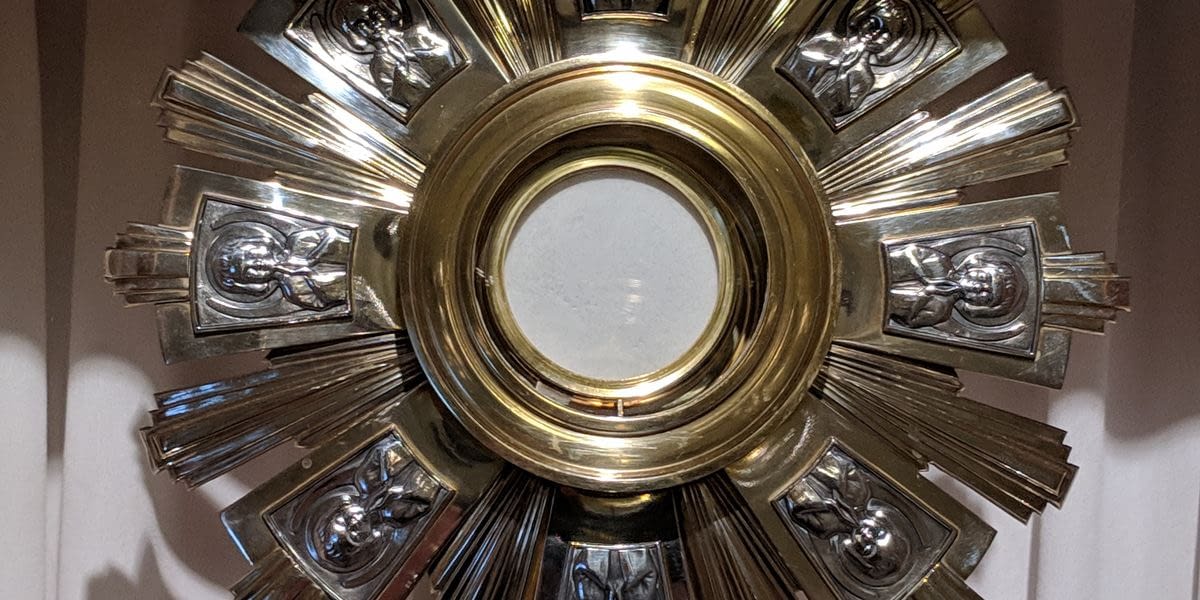 To prepare the Church for the Year of The Eucharist, from October 2004 to October 2005, Pope John Paul II wrote MANE NOBISCUM DOMINE. In this letter, he frequently refers to his 2003 encyclical, Ecclesia de Eucharistia (The Church and The Eucharist), his final encyclical.

Through the encyclical and apostolic letter Pope John II gave to the Church and the world, under the guiding hand of Mary, Mother of the Eucharist, a profound and lasting call to look deeply at Christ present in the Holy Eucharist “the perfect fulfilment of Jesus’ promise to remain with us until the end of the world.”

His choice to write the letter on October 7 was highly significant since it is the Memorial of Our Lady of the Rosary. He united Mary and The Eucharist under his motto “Totus Tuus” (All Yours). Six months later, his 26-year pontificate would conclude with his return to the Father on April 2, 2005.

The following are excerpts from Apostolic Letter for The Year Of The Eucharist.

This presence—as Pope Paul VI rightly explained—is called “real” not in an exclusive way, as if to suggest that other forms of Christ’s presence are not real, but par excellence, because Christ thereby becomes substantially present, whole and entire, in the reality of his body and blood. Faith demands that we approach the Eucharist fully aware that we are approaching Christ himself. It is precisely his presence which gives the other aspects of the Eucharist — as meal, as memorial of the Paschal Mystery, as eschatological anticipation — a significance which goes far beyond mere symbolism. The Eucharist is a mystery of presence, the perfect fulfilment of Jesus’ promise to remain with us until the end of the world.