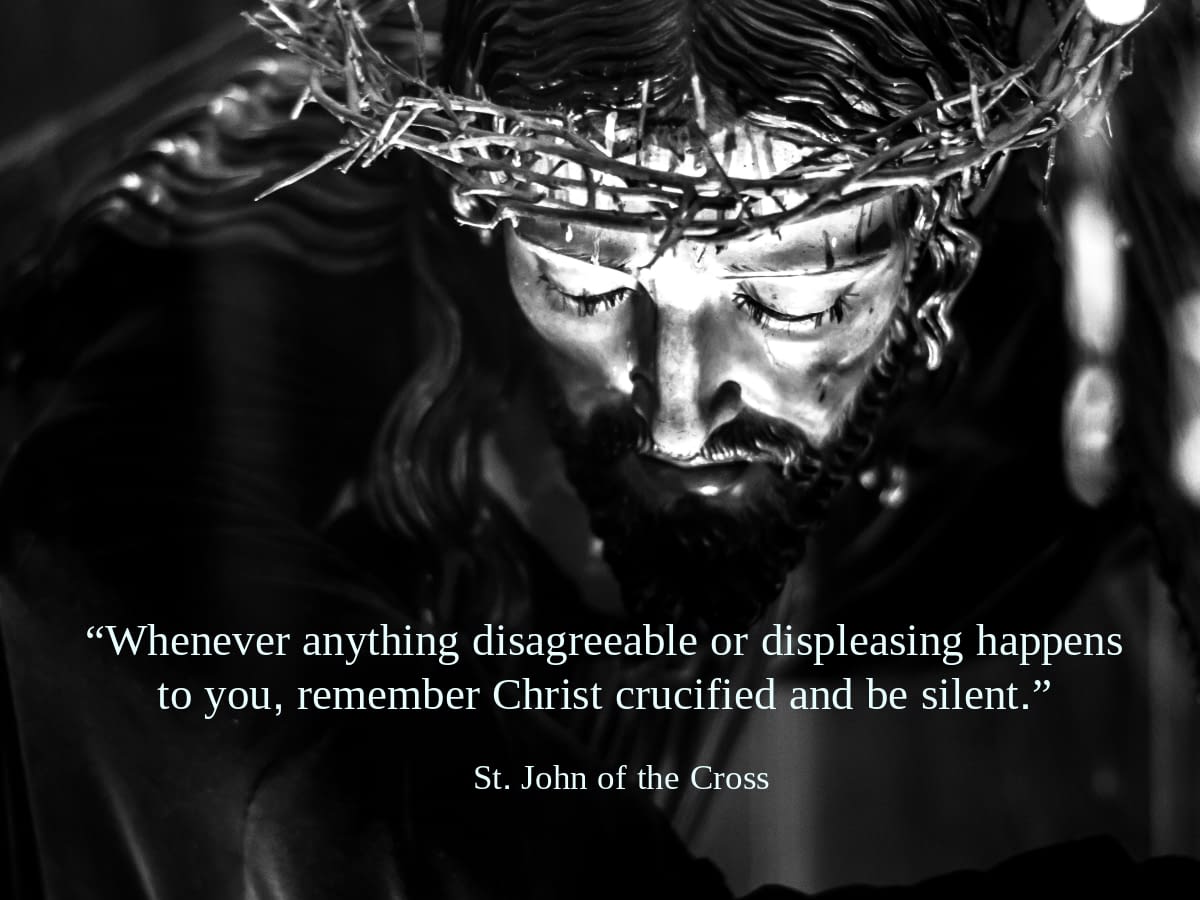 Isaiah’s prophecy of Christ’s suffering and death is the flowing spring from which we should drink continually. Jesus’ incomprehensible love freed us from the eternal misery of sin, so we can bathe tranquilly in the soothing waters of His resurrection.

Who would believe what we have heard? To whom has the arm of the LORD been revealed?

He grew up like a sapling before him, like a shoot from the parched earth; there was in him no stately bearing to make us look at him, nor appearance that would attract us to him.

He was spurned and avoided by men, a man of suffering, accustomed to infirmity, one of those from whom men hide their faces, spurned, and we held him in no esteem.

Yet it was our infirmities that he bore, our sufferings that he endured, while we thought of him as stricken, as one smitten by God and afflicted.

But he was pierced for our offences, crushed for our sins; upon him was the chastisement that makes us whole, by his stripes we were healed.

We had all gone astray like sheep, each following his own way; but the LORD laid upon him the guilt of us all.

Oppressed and condemned, he was taken away, and who would have thought any more of his destiny? When he was cut off from the land of the living, and smitten for the sin of his people,

A grave was assigned him among the wicked and a burial place with evildoers, though he had done no wrong nor spoken any falsehood.

(But the LORD was pleased to crush him in infirmity.) If he gives his life as an offering for sin, he shall see his descendants in a long life, and the will of the LORD shall be accomplished through him.

Because of his affliction, he shall see the light in fullness of days; through his suffering, my servant shall justify many, and their guilt he shall bear.

Therefore I will give him his portion among the great, and he shall divide the spoils with the mighty Because he surrendered himself to death and was counted among the wicked. And he shall take away the sins of many, and win pardon for their offences. 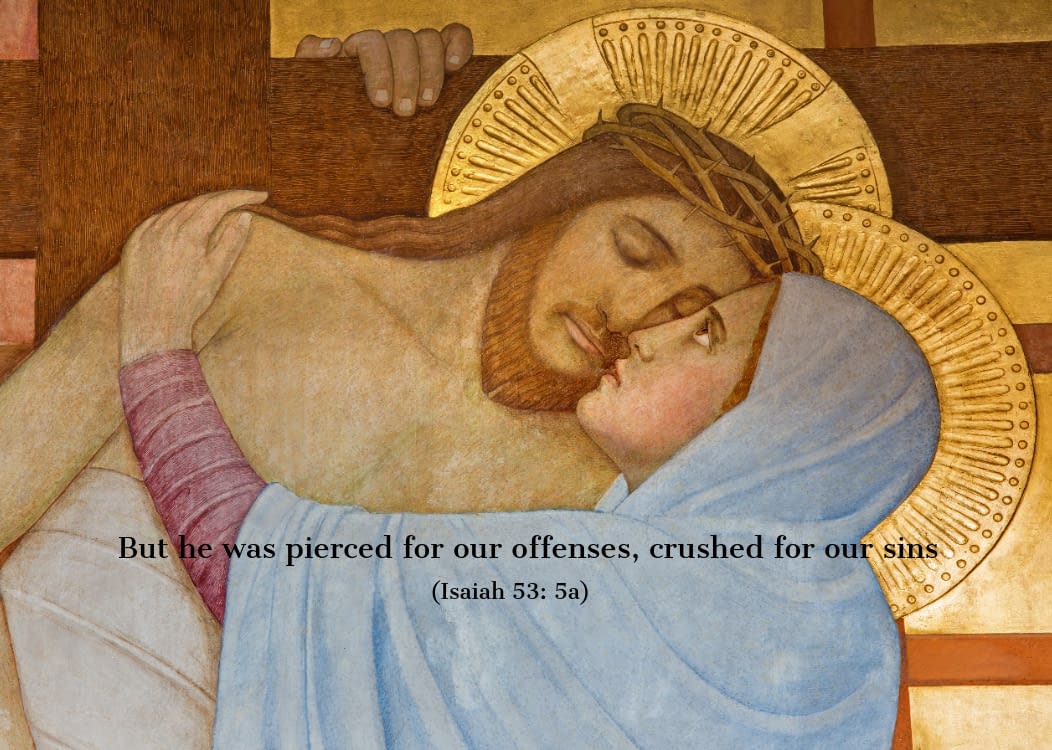 Greater love has no man than this, to lay down his life for his friends, Jesus said at the Last Supper. We could exclaim: But there does exist a greater love than giving one’s life for one’s friends: your love! You did not give your life for your friends but for your enemies! Paul says that scarcely can someone be found who is ready to die for a just man, although such a man might be found: But God shows his love for us in that while we were yet sinners Christ died for us (Rom 5:8).

The word “friends” in the active sense indicates those who love you, but in the passive sense, it indicates those whom you love. Jesus calls Judas friend (Mt 26:50), not because Judas loved him, but because he loved Judas! There is no greater love than giving one’s life for one’s enemies while considering them friends; this is what Jesus meant by his statement. People can be—or act as though they are—enemies of God, but God will never be the enemy of any human being…. Jesus died, crying out, Father, forgive them; for they know not what they do…. It is a peremptory request made with the authority that comes from being the Son: Father, forgive them!

I knew an intellectual woman who professed to be an atheist. One day she got the kind of news that leaves people stunned: her sixteen-year-old daughter had a tumour in her rib cage. They operated, and she returned from the torment of the operating room with nasogastric tubes, drainage tubes, and intravenous feeding tubes coming out of her body. The girl was suffering horribly and groaning, and she did not want to hear any words of comfort. Knowing that her daughter was devoutly religious, and thinking that it would please her, the mother asked her, “Do you want me to read you something from the Gospel?” “Yes, Mama, read me the Gospel,” she answered. “What do you want me to read you from the Gospel?” “Read me the Passion.” The mother, never having read the Gospel, ran to get a Bible from the hospital chaplains. She sat at her daughter’s bedside and began to read. After a while, the girl fell asleep, but the mother continued to read silently in the semi-darkness up to the end. She said in the book she wrote afterward that “the daughter fell asleep, but the mother woke up!” Her reading of the Passion of Christ had changed her life forever. 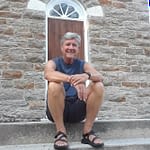